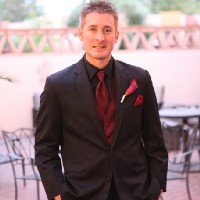 Catastrophe, calamity, cataclysm, tragedy, adversity, misfortune, shock…. Only a handful of synonyms to describe the Arizona Cardinals 2018 regular season. The Steve Wilks era did not last long, as the team ended the year 3–13, and it could be argued it was some help from luck that they didn’t end up 0–16. It is honestly hard to point the finger at where things started to go wrong for the Cardinals. The Sam Bradford signing was an utter disaster. Through three games started he ended his year 50 of 80 pass attempts completed, two passing touchdowns and four interceptions. Bradford looked like he was playing scared behind a turnstile offensive line. Unfortunately when the Cardinals turned to their new hope in Josh Rosen, it started against the Bears stout defense in a two-minute drive which did not end well. The rest of the season would not get any better for Rosen and the Cardinals.

Steve Wilks also tried to implement a 4–3 system for defense that also ended up failing. The Cardinals defense was predicated on 3–4 system that had worked rather well over the last decade. It failed so bad that star cornerback, Patrick Peterson, wanted a trade shortly before the trade deadline. The Cardinals best player and defensive captain wanted out. That is how bad things had got in the desert under the new coaching staff.

It was apparent there were issues on both sides of the ball. The Mike McCoy offensive scheme also turned David Johnson into a much less effective running back. Johnson was still very much fantasy relevant, but not at the price he had been drafted at. Ultimately what killed the Cardinals was switching the defense scheme, complete mis-usage of Johnson, poor offensive line play, signing Bradford and forcing their Rosen to play to early.

This off-season for the Cardinals was anything but quiet. The first thing that generated the most buzz was the hiring of Coach Kliff Kingsbury, after firing Wilks. Kingsbury had no NFL experience and was let go from Texas Tech as their head coach. The hiring has drawn criticism and praise for a variety of reasons. It is obvious that the Cardinals brought Kingsbury in to help turn this offense completely around. Last year this team struggled to score more than any other team, and Kingsbury has a lot of offensive praise from the college realm.

Despite the disappointing season and another new offense coming to Arizona, Larry Fitzgerald agreed to come back to the Cardinals. Being that he is the Cardinals best receiver and future Hall of Famer, this was an instant boost to the 2019 season. Without Fitzgerald the next best receiver assumed to be on the roster would have been Christian Kirk, who was returning from a broken foot. Fitzgerald is the epitome of loyalty. His departure from this team after last season would have been brutal.

For the first time in the Steve Keim era as General Manager, he actually had the most cap space he has ever had available for free agency. Key additions to the desert included Brooks Reed, Robert Alford, Terrell Suggs, Charles Clay, J.R. Sweezy and Jordan Hicks. Most of these moves were good moves for the team on paper. Tight end and the cornerback opposite Patrick Peterson have been glaring needs for this team. At the time of these signings Alford was a good addition, but will be out for a portion of the season. Charles Clay brings a veteran presence to the tight end position that has been non-existent.

What has generated the most buzz was the Cardinals First Round pick and first pick of the draft, Kyler Murray. The noise surrounding Murray was insane. Height rumors, if he will play baseball or football, how fast he can run the 40, where he ranks against Rosen. These rumors were talked about ad nauseam. Keim and Kingsbury clearly believe Murray is a generational talent and an upgrade from Rosen.

The last thing worth noting was the amount of change at wide receiver for the Cardinals. Rookie wide receivers Andy Isabella, Hakeem Butler and KeeSean Johnson were taken in the second, fourth and sixth rounds, respectively. With Fitzgerald’s career approaching the inevitable end, drafting receivers of the future for team was not a bad idea. It did come at a cost though as there are still some big deficiencies on this offensive line.

Drafting Murray this year may be risky. Not much is known about the overall state and direction of the new offense. There is not much to go off of with the exception of limited time in three pre-season games and college tape. Neither of which might make your decision any easier. Dynasty appeal for Murray is much higher than in re-draft, but regardless of the format I think a wait and see approach is best. Murray could be phenomenal, but the number of unknowns make him a risky play as a starting quarterback in fantasy football. Grabbing him as a backup for the beginning of the season might be the smart thing to do. All the unknowns that make Murray a risky pick, could very well not matter. He is quick, seemed safe in the ball and a relatively good passer so far when looking at his pre-season Week 3 game.

Johnson has not returned to his 2016 form, but a lot believe in this offense he will. Johnson is a huge receiving mismatch when used in the passing game. For an offense that has promise to be a lot more dynamic, this bodes well for Johnson. With an upgrade at quarterback and an offensive minded coach, I am all in on Johnson this year. His draft position makes him a tad risky, but I believe he will shine in this system making him well worth the 1st round pick. Even Chase Edmonds has generated more noise this off-season in the Kingsbury offense. Treat Edmonds as a clear bench guy and cuff to Johnson.

This year’s receiving core will only further help Murray, but may be very difficult trying to pick a receiver outside of Fitzgerald and Kirk. Butler will start the year on IR, Isabella will make the team, but sixth round pick Johnson has shined the most in preseason action. Johnson has also had success against Patrick Peterson in training camp. All rookies can be considered for dynasty, but for redraft purposes sticking to Fitzgerald and Kirk is the recommended move. It is important to note the Cardinals did sign Michael Crabtree, who could help muddle this situation.

Arizona defense and tight ends continue to be something that should probably be avoided. The defense has not looked good against the run, and is without Peterson for the first six weeks, along with Alford on IR. Rookie corner back Byron Murphy, although talented, will have to fill some big shoes this year if it is either filling in for Peterson, or across from him. Cardinal’s kicker Zane Gonzalez has looked reliable, but not anything you should go nuts and draft before one of your last two picks.

I am always torn trying to predict a team that I whole-heartedly support. Born and raised Arizonan, I am obviously hoping for one of those worst to first scenarios (ex: 2017 Rams). But there are a mess of issues or unknowns on this team. Offensive line has looked very bad in the first two pre-season games and has been burdened by depth and health issues for some time. Also with a new quarterback and head coach, a lot will need to be learned. In a tough division currently ruled by the Rams and the Seahawks I think it will be incredibly hard to finish above 0.500 given everything. The optimist in me says 8–8, the realist says 5–11, and the homer says 16–0. Officially going with the realist prediction, 5–11, hoping to be very wrong.