{"card-share":{"shareable":false}}
In this Dec. 30, 2018, file photo, San Francisco 49ers tight end George Kittle catches a pass against the Los Angeles Rams during the first half in an NFL football game in Los Angeles. Kittle had 1,377 yards receiving, setting a new record at the position.|Marcio Jose Sanchez | Associated Press
NFL

Fantasy Life NFL Preview: 2019 San Francisco 49ers – George Kittle might be the TE you're looking for 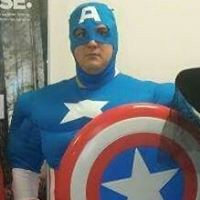 The early darlings of football writers everywhere (including yours truly), the San Francisco 49ers are starting to come back to Earth. Getting to the top of the NFC West seemed to be a given with the return of so many key pieces, the acquisition of Dee Ford and Nick Bosa to put pressure on the opposing quarterbacks, and a bevy of new wide receivers.

The Super Bowl parade had to be cancelled early last year, and it seemed to be on the way there this year very early. The Niners placed the franchise tag on kicker Robbie Gould and down goes the summer. Gould didn’t like this and held out for a new contract.

Now watching pre-season to get a feel for the team is not a pretty sight. While the Niners are 2–0 (at the time of writing), they are not playing the way Coach Shanahan would like them to be. Jimmy Garoppolo has been poor while on the field, including in practice. Bosa has been ruled out for the pre-season with a soft tissue injury. The team is not heading in the direction fans would like to see it go, but that’s why they play the games.

Prior to the draft, John Lynch brought in help on defense in Kwon Alexander and Ford. Signing Jason Verrett means more time to get to the QB and a guy that can catch the errant throws caused by pressure. With the No. 2 pick in the 2019 Draft, the 49ers surprised some by snagging Bosa, a similar player to Ford. The talent was generational so they pulled the trigger.

They also boosted the offense for the second year straight signing a new “No. 1” running back. This year’s new toy being Tevin Coleman. The second and third round picks were both wide receivers. After last year’s receiver debacle — Marquis Goodwin turned his breakout into an injury-marred campaign and only Dante Pettis really stood out — the need for some fresh blood at receiver was obvious. The Niners let Pierre Garcon walk, making room for Deebo Samuel from South Carolina and Jalen Hurd from Baylor.

The San Francisco 49ers have 2018 breakouts George Kittle and Dante Pettis. Kittle is currently being taken with as the second tight end off the board, while Pettis is significantly deeper as the 37th wideout by ADP.

I like Pettis at his spot, but Kittle has even more competition for targets with Coleman, Jerrick McKinnon, Matt Brieda, Raheem Mostert, Pettis, Samuel and Hurd. I’m worried about last season being the “Gary Barnidge” season. He’s still a TE1, but don’t expect last season’s production.

Some guys with a little buzz are Hurd and Samuel. Both are going late and have a great chance to be stars. How they develop and perform relies a lot on their quarterback, Jimmy Garropolo. Garropolo will be about average, so nobody to rush out and grab.

On to the four-headed fantasy nightmare that is the 49ers backfield. Coleman is the most talented back among the four and so he will get his touches. Expect a RB3 season barring a McKinnon injury. McKinnon was brought in as the No. 1 last season, and signed to a workhorse contract. As McKinnon and Coleman have similar styles, both being quick out of the backfield with above average hands, the method of getting both on the field is going to be interesting to say the least. McKinnon will be a great handcuff and low end RB4 unless something happens to Coleman.

Brieda and Mostert are not going to play a huge role in the rushing scheme, but both will siphon some touches. Brieda is a speedster and offers some things that the top two don’t. Mostert has his own skill set as well, but he’s not as fast. Brieda should be a handcuff if you have either of the 1A or 1B running backs. Mostert will be a good pick up if any of the previously mentioned goes down.

The San Francisco 49ers will win the NFC West. At least I think so. One way or another, I see 2019 as the year the Niners get back into the playoffs. they have too much talent on both sides of the ball not to make it. As long as the rookie receivers come along quickly, at least a Wild Card is in the future. If they do get a Wild Card, I can see a win there as well. Not Super Bowl worthy, but the Niners are on the way up the food chain of the NFL.