Fantasy Life NFL Preview: 2019 Minnesota Vikings – Adam Thielen and Stefon Diggs are a lethal duo, but where should they be drafted? 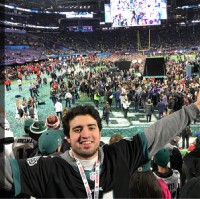 Going into 2018 the Vikings had arguably the highest Super Bowl aspirations after being one game away the year before. They then went out and signed Kirk Cousins to a massive fully guaranteed deal in what felt like the last piece for a Super Bowl team.

Things didn’t go according to plan — they rarely do in the NFL — and the Vikings struggled all year, barely missing the playoffs. Can Cousins improve in his second year as a Viking with a hopefully improved offensive line?

The Vikings extended two of their top weapons in Adam Thielen and Kyle Rudolph as well as added Alabama TE Irv Smith, Jr., on day two of the draft to give Cousins an extra weapon. They let Latavius Murray walk in free agency and replaced him with a second day draft running back, Alexander Mattison.

The main problem last year wasn’t lack of weapons, but rather the offensive line struggles. The Vikings let two of their struggling starters from last year walk, but signed two guards and drafted three offensive linemen including first rounder Garrett Bradbury. Aside from hoping to improve their off-season line, the Vikings retained their interim offensive coordinator Kevin Stafanski and brought in Gary Kubiak to help with the offense. I expect this offense to feature heavy amounts of play action passing as well as more rushing attempts than was seen early last season.

The Vikings have arguably the best WR duo in the league with Thielen and Stefon Diggs, but what kind of value will they bring in fantasy? Thielen is being drafted at the beginning of the third round this year as the WR12. I think Thielen is a phenomenal receiver and route runner, but at that price I prefer other options at running back or receiver. I think Thielen will have a good year as a high end WR2, but doesn’t have the same upside as what we saw at the beginning of last year with the new offensive coordinator. Diggs is being taken a round later near the top of the fourth round as the WR15. I think this draft price is a little more palatable. I think he has similar upside and is a high end WR2 when healthy, but you have to be willing to deal with the injury risk that Diggs might only play 12 games as he has struggled to stay healthy thus far in his career.

Dalvin Cook is currently being drafted in the mid-second round as the RB11. When healthy, Cook has been a workhorse averaging 4.7 yards per carry and 17.2 touches per game (this includes games he left early due to injury). With a less competent backup this year after Murray’s departure, I don’t find it hard to see 20 to 24 touches per game for Cook this year. If he stays healthy, Cook will be a very nice value in the mid-second especially if the offensive line is able to improve and the Vikings have more positive game scripts. With Cook’s injury history, Alexander Mattison is interesting as the RB48 at the end of 10th round. I don’t see him having a viable role unless an injury occurs, so he could be wasting space on your bench for a good part of the season.

Kirk Cousins is being drafted as the QB21 in the 13th round (basically free). I’m not crazy about his fantasy outlook, but if I am absolutely punting the position I believe he has enough upside to be a back end QB1 or more likely a high end QB2. I see no fantasy viability for Viking’s tight ends Rudolph and Smith this season with the wide receivers hogging targets.

The Vikings have a roster good enough to win the division, but the issue is so do two other teams in their division (Bears and Packers). I believe the Vikings have enough to get into the playoffs this year, whether it is at the top of the division or as a wild card. And if they make it, anything can happen. If they miss the playoffs for the second straight year, unfortunately Mike Zimmer might be on the hot seat.