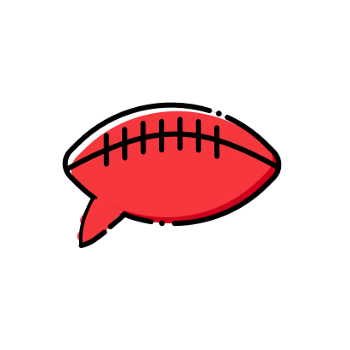 The 2018 season began with promise, as it always does for the Packers. But it ended with disappointment. Aaron Rodgers struggled with injuries all season, while the Packers saw the Vikings in the playoff mix and the Chicago Bears running away with the division. The Packers ended the season third in the NFC North, and out of the playoffs with Rodgers on injured reserve.

That led to some big changes, including the team bidding former head coach Mike McCarthy farewell. But will it be enough to get the Packers back on the winning path?

The Green Bay Packers head into the 2019 season in a situation they haven’t been in over a decade — they have a new head coach, offensive coordinator and an overall new philosophy that should finally propel their offense into the 21st century. With former Rams and Titans offensive coordinator Matt Lafleur calling plays, we could see a very different offense from the Packers than we’re used to. There has been a ton of speculation as to whether or not the new offense will be successful, but I think as long as you have Aaron Rodgers under center, you’re in a really good spot.

The team also bid farewell to some familiar faces, as Randall Cobb (Cowboys), Clay Matthews (Rams), Beshaud Breeland (Chiefs), Mike Daniels (Lions) and Lance Kendricks (Patriots), among others, headed to new teams. The Packers didn’t make many free agent moves, but they did add former Bronco Billy Turner to protect Rodgers then invested in defense. They brought in Adrian Amos of the Bears at safety and Za’Darius Smith (Ravens) and Preston Smith (Redskins) to bolster the linebacker group.

In the draft, the Packers also focused on defense. They grabbed Rashaan Gary to bolster their pass rush with their first round pick, then grabbed safety Darnell Savage, Jr., in the second round. Lest it be overlooked, the Packers did spend a third round pick on Jace Sternberger, adding an offensive weapon and a possible TE of the future.

The quarterback position will most likely be the easiest position to evaluate on this Packers offense. There really isn’t a wide range of outcomes when it comes to a guy like Rodgers. You know he’s going to be one of the elite players across the entire league and with a new-age offense, he should be back to his usual MVP level. While this offense may be a little more run-heavy than Packers offenses have been in the past, Rodgers will always be the engine that keeps things going. He is my QB2 as of now behind only Patrick Mahomes. While I am a believer in waiting on QB’s, if you see Rodgers at the end of round four to early round five, you should jump at that value.

The Packers running back situation is a bit of a puzzler. There is everyone’s favorite breakout candidate — Aaron Jones — plus Jamaal Williams and rookie Dexter Williams. Of course Jones is the favorite to lead this backfield, but his injury concerns are becoming a real issue. He has been held out of the last few practices along with Jamaal Williams, as both are dealing with hamstring injuries. In their absence, Dexter Williams has been impressing coaches and media alike. This will definitely be a situation to keep an eye on. If Jones were to return soon and be 100 percent come Week 1, he’ll be a solid third-round pick. But if he continues to miss time, he’ll fall into the fourth. In terms of the backups, I actually like Dexter Williams more than Jamaal Williams if anything were to happen to Jones. Dexter is definitely someone to target as a handcuff late in drafts.

The Packers wide receiver group is led by star Davante Adams. He is a bonafide first round pick and comes in as my WR1 for 2019. The rest of group is a bit trickier. Both Geronimo Allison and Marquez Valdez-Scantling are in line to see a ton of snaps and could become serious fantasy assets. The Packers have historically seen a ton of fantasy production from multiple wide receivers. Allison should be lining up out of the slot which will make him the safer bet in PPR. Scantling is much more of a big-play threat and should line up on the outside opposite Adams. He’ll carry the most week-to-week upside of any receiver behind Adams. Behind those three guys there isn’t much to talk about outside of dark-horse starter Jake Kumerow. He has grown a great rapport with Rodgers and is essentially free in drafts. If you play in a deeper league, he is definitely someone to keep an eye on.

The tight end position may be the Packers weakest across the entire offense, but I don’t say that as a knock on Jimmy Graham. We all know he was a disappointment in 2018 but he was also playing through a broken thumb and an injured knee. As he heads into 2019 at 100 percent, I’m actually very high on him. Coach Lafleur has said that he wants to involve the tight end heavily in this offense and with a guy like Graham, who can blame him. Jimmy is extremely cheap in drafts and if you want to wait on tight end, he’s a solid option. Someone to keep an eye on is Sternberger. While rookie tight ends usually take some time to develop, I still think Sternberger can make some impact in 2019. He’s much more of a dynasty target but if you’re playing in a super deep league, Sternberger could be an interesting option late in drafts.

Last season didn’t go as the Packers, or their fans, had hoped. The Bears still figure to be fierce, and the Minnesota Vikings still have all the pieces for a playoff run. But the Packers, as long as Rodgers stays healthy, will always be in the mix. If they can get a better showing on defense and the offense picks up with LaFleur, the Packers could be in the hunt for a playoff berth in the NFC.