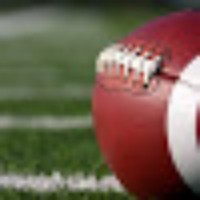 2018 started off with a bang for the Redskins! Jay Gruden had his team playing at a level higher than anticipated, and they began 6–3.They were playoff contenders. That was until Alex Smith, who they traded for in the off-season, went down with a devastating leg injury in Week 11. The Redskins tried to find a solution to replace him, but nothing was working. Colt McCoy, their backup quarterback, went down in Week 13 and then Mark Sanchez stunk it up the following week. Josh Johnson ended the season as their starter and he wasn’t even on a team Week 1!

Overall, the Redskins finished the season with more injuries than they wanted ,and it wasn’t just at the quarterback position. They had a league-high 25 players on IR by the end of the season. Tough luck for a team with playoff aspirations. They went from 6–3 to finishing at 7–9. The Redskins need a good quarterback this season to replace Smith, who is still recovering from a broken leg.

On a high note, the Redskins defense proved to be one of the league’s best in 2018. Players like Josh Norman and Ryan Kerrigan led the defense to make some great plays! If their defense can continuing playing like that, then they are in good shape for 2019 in that aspect.

Who will be the Redskins starting quarterback this year? Dwayne Haskins, Case Keenum, or maybe even Colt McCoy.

The off-season started the same way their 2018 campaign did: with a bang! They started it off by signing safety Landon Collins. This gives them a young player with a lot of potential on top of what he has already done. He is one of the top safeties in the NFL and should be a cornerstone in their defense in the years to come for the Redskins.

Next, the Redskins traded for QB Case Keenum. Keenum stumbled a little bit as the quarterback for the Broncos last year after a career year with the Vikings in 2017. The Redskins are hoping he can return to 2017 form and potentially be their day one starting quarterback. It’s worth mentioning the Redskins also cut Mason Foster to make room for this trade.

The Redskins also got two steals in the NFL draft. With pick 15 they selected Dwayne Haskins, QB, out of Ohio State. Haskins was considered a Top 10 talent who fell. His mobility isn’t the greatest, but his arm strength and accuracy gives him the ability to be an NFL starter.

After that the Redskins capitalized on their second first round pick. Montez Sweat (defensive end from Mississippi State) was also considered by some as a Top 10 talent as his 40 yard dash in the 4.8s caught the eyes of scouts. However, days before the draft his stock fell due to breathing issues. The Redskins took the risk though of drafting him and got one of the players with the highest ceiling in the entire draft.

Despite some great additions, the Redskins lost their top slot receiver in Jamison Crowder this off-season, but their additions should make up for the loss even though their receiving core is among the league’s worst.

How will the Redskins’ backfield unfold this year?

One of the additions they made in the off-season I believe has the opportunity to be the Redskin’s top receiver this year. I’m not talking about Josh Doctson, who failed to put up more than 600 receiving yards in both of the last two season. Doctson had his chance to prove that he could be their top receiver. I think it is a rookie that has the chance to be their top receiver. I’m not talking Kelvin Harmon from South Carolina, but rather Terry McLaurin, who played alongside Haskins in college. I think McLaurin has the chemistry with Haskins that will give him an edge in the NFL. Haskins knows where he likes the balls to be thrown and the Redskins lack of receiver depth allows McLaurin to potentially start Week 1. Either way though, I still think drafting McLaurin in re-draft leagues is a risk. He is someone to look out for in dynasty though.

Jordan Reed would be a low end TE 1 in fantasy if it weren’t for his injuries. He has been injured at one point in almost every season, so he is a risk and at this point he has to be a TE 2. Call it bad luck, but this has happened too much in the past and he is just always banged up. Plus, the Redskins have been using him less because he is more injury prone. When Reed is out there, he makes plays, but when he isn’t out there is what hurts his fantasy stock. Last season, he recorded more than five hundred yards and two touchdowns. Those are solid numbers to still make him a high TE 2 in my opinion.

The last two players I wanted to talk about are the Redskins’ running backs — Derrius Guice and Adrian Peterson. This off-season the Redskins re-signed Peterson, but that doesn’t mean he will record more than 1,000 rushing yards again. With Guice healthy after having a torn ACL, their second year back is going to make an impact in the backfield. We don’t know what to expect from Guice, but either way it will be a committee backfield between Peterson and Guice because they are both good backs. Guice may get a 60-40 touch advantage, so I would say he is an RB 2. However with Peterson’s age, he’s no more than a handcuff or an RB 4.

Are the Redskins in a rebuild mode or a win now mode? Only the future knows.

This year a lot is unknown with the Redskins. It comes down to the quarterback — can Haskins or Keenum lead them to the playoffs? Probably not, but they have potential though. Losing Smith forced the Redskins to look to the future. I think this season the Redskins will go 5–11 and finish third in their division topping the New York Giants. Best of luck Redskins fans, you are watching your future franchise quarterback potentially this season!