{"card-share":{"shareable":false}}
Buffalo Bills quarterback Josh Allen (17) runs out of the pocket against the Carolina Panthers during the first half an NFL preseason football game, Friday, Aug. 16, 2019, in Charlotte, N.C.|Brian Blanco | Associated Press
NFL 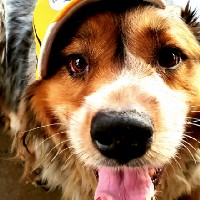 Last season the Bills followed up a playoff berth in 2017 by going 6–10, finishing third in the AFC East and well out of the playoffs. On the way to that mark, they finished 30th in the NFL in points per game and yards per game on offense, finishing 31st in the league in average passing yards per game.

With second-year quarterback Josh Allen having had another off-season to grow, and a number of new weapons added to the roster, can the Bills take a step forward in 2019?

When you’re 31st in passing yards, you give the passing game a lift. The Bills did that by bringing in free agent wide receivers John Brown, who played with the Ravens last year, and long-time Cowboys slot receiver Cole Beasley. In addition, they added return man Andre Roberts and focused on beefing up the offensive line — adding guards John Feliciano and Quinton Spain, interior lineman Spencer Long and center Mitch Morse, who was the anchor in Kansas City last season. They also added Tyler Kroft from Cincinnati to fill the void at tight end, and added Frank Gore and T.J. Yeldon to the running back room.

In the draft, they also focused on filling crucial needs. They spent their top pick on Ed Oliver, who will beef up the defensive interior, and grabbed tackle Cody Ford in the second round. In a pair of third round picks they added offensive weapons, too, with running back Devin Singletary and tight end Dawson Knox. It’s possible all four of their top picks make an impact on the field in 2019.

There is reason for optimism in Buffalo for the 2019 season, not only because they have the sixth easiest schedule, but there is also second year quarterback Allen. While many are lamenting Allen’s accuracy after finishing last season with a 52.8 completion percentage. They are also forgetting he finished his last six games 3–3, while going 2–1 in his final three starts. That includes his last game against the Dolphins where he completed 65.4 percent of his passes for 224 yards, with three touchdowns and one interception.

And then there are the free agent acquisitions of slot receiver Beasley and downfield threat Brown. This includes the rapport Allen is building with third year receiver Zay Jones, who led the team in receptions, receiving yards and receiving touchdowns. So on the receiving side they have slot man in Beasley, downfield burner in Brown and Jones who proved to be efficient at finding his spots in the middle of the field especially those soft spots in zone coverages.

Then there is the depth at the running back position. While LeSean McCoy’s stats are trending downward after averaging 3.2 yards per rush, the Bills have acquired soon to be Hall of Famer Gore. There is also Yeldon, Singletary, Senorise Perry, Marcus Murphy, Christian Wade and fullback Patrick DiMarco.

With the only weak spot on the offense may come from the tight end position with Kroft breaking his foot at the beginning of spring practice. There are still Lee Smith, Knox and Jason Croom who can fill out the position. But the guarantee money given to Kroft proves that he was to be the man at tight end.

The offensive line, which at times has Allen running for his life, was tightened up with the acquisition of center Morse. Morse and the drafting of Ford should prove an instant stop gap in their offensive line.

Last season the Bills’ defense was ranked second in the NFL. The secondary was the best in the league in net passing yards allowed, giving up an average of 179.2 yards per game through the air. The secondary also ranked seventh in the league with 16 interceptions. The problem was the defense spent a lot of time on the field. As the ranked 30th in third down conversions in 2018, converting third downs an average of 31.63 per cent of the time. That number should increase dramatically this season.

With a second year quarterback who saw improvement over the last six games, a better offensive line and more wide receiving options the Bills are looking towards a wild card playoff run in 2019.