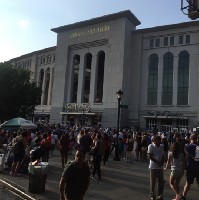 The beginning of the 2018 season for the Baltimore Ravens did not seem too promising with a 4–5 start leading up to their bye week. However, after the bye week and a switch to Lamar Jackson as quarterback, Baltimore went on a 6–1 run and wound up winning the AFC North. Though they would wind up losing to the Chargers in the first round of the playoffs, there are a lot of positives to take away from the 2018 season.

With a number of additions to this team, and a more mature quarterback in his second year in the league, the Ravens hope to take the next step in a real strong AFC North.

One of the biggest losses, at least on paper, was losing their former first round pick Joe Flacco via trade to the Denver Broncos. Though this was not a surprise based on how they played with Jackson, it will still be weird seeing him in a different uniform this coming season.

Jackson received plenty of criticism last season for his inaccuracies at quarterback, especially with the deep ball. In order to address this, they ended drafting two wide receivers in Marquise “Hollywood” Brown, a speedy deep ball threat out of Oklahoma, and Miles Boykin out of Notre Dame. They also addressed the run game with the addition of Mark Ingram to a three-year, $15 million deal to more than likely to be the lead back. The Ravens also signed Justice Hill, who is expected to spell Ingram and also be a key part of the backfield.

Not only did they beef up their offense through free agency, the Ravens needed to address their defense, especially after the loss of LB CJ Mosely to free agency. The Ravens’ defense was their strength last year leading the NFL in yards allowed per game on defense and ranking fifth in passing yards allowed. This only got better with the additions of safety Earl Thomas, on a four-year $55 million contract to replace Eric Weddle, and the addition of CBs Tavon Young and Justin Bethel.

Beginning at the quarterback position, Jackson is very intriguing option at quarterback for fantasy. His rushing tendencies give him a high floor, but with a ceiling he may never reach due to volume and his inaccurate arm. While I may not be comfortable with him as my starter, he is a good option if you want to wait long to grab your starter.

With the free agent addition of Ingram, the Ravens have their back who likely will lead them in touches. However, I very much expect Hill and even Gus Edwards to steal touches and be key parts of the offense. While Ingram is intriguing in fantasy this season, I am not a huge fan of his ADP and consider him more of a lower-end RB2 or Flex option.

None of the wide receivers in Baltimore really stand out this season for fantasy. When Jackson does in fact throw the ball, he should spread the ball out making no no option really that reliable in fantasy. Throughout the season, hopefully one receiver stands out above the rest for fantasy, with Brown possessing boom-or-bust upside. But for now none are worth drafting.

The most intriguing option for me in fantasy is Mark Andrews at the TE position. It does not take much to be fantasy relevant at the position and Jackson liked using his tight end last season. Andrews possesses the upside in his second year to crack into the Top 10 at the position, and is an option I am keeping an eye on throughout the season. While he may not start the season in my Top 10 at the position, should he have a good start to the season I’d hope to snag him off the wire immediately or grab him in the late rounds for this upside.

The key to the 2019 season for the Ravens will be if Jackson can take the next step at quarterback. In a very competitive AFC North, Baltimore will be battling with the Pittsburgh Steelers and the upstart, new-look Cleveland Browns for the AFC North title as well as a Wild Card berth, if needed.

While I do not see them taking that next step from division winner to major competitor in the AFC, they should be very competitive this season and find their way back in the post-season via the Wild Card.